The DodgeBow League not only gathers some of the finest archers we have ever seen in the DodgeBow Arena, but also helps bring out the best in them. Here is a list of elite games you will very likely see yourself playing on a League Night! 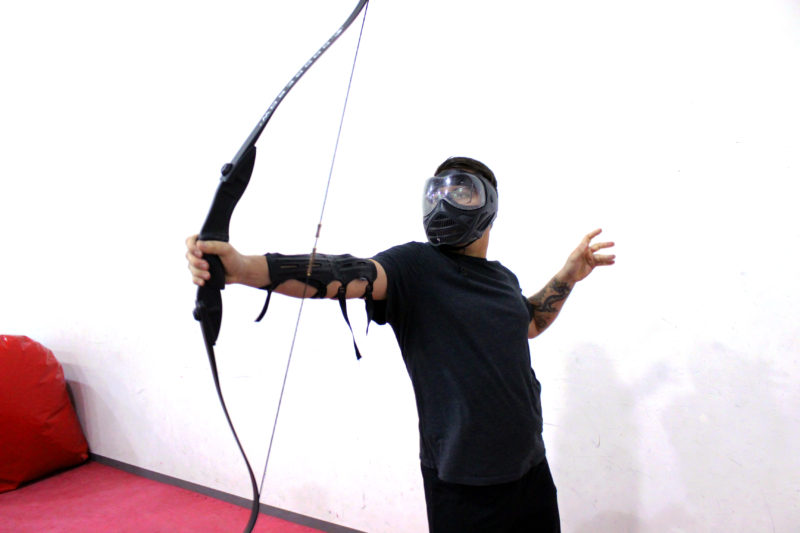 This game mode is a DodgeBow classic. The goal is simple—you must eliminate all players on the opposing teams. No targets or medics to save you in this game; once you’re hit, you are out! Only way to come back is if you’re teammate catches an arrow.

If you have been to DodgeBow before, you have very likely played a game of Bullseye. So, what makes this particular game mode an elite one?

There is only one way to walk out victorious: your team must eliminate every player from the other team! Simple. In this mode, when a target falls out, one player returns; however, if your team has knocked out 4 of the 5 targets, the final target can bring back every eliminated teammate. Be wise with your targets.

Mandown is another DodgeBow classic. So, what can change to up the pressure? The goal is the same: all players from the opposing must be eliminated for your team to win. In this mode, once you are hit, you’re going to take a knee and start a 10-second countdown. If your 10 seconds is up and no medic has come t

o your saviour, you are out. For the game. Be wise in choice of medic—make sure they are fast and a pro at deflecting arrows.

Zombie Apocalypse is a DodgeBow Staff favourite. Exactly like the regular game mode, the goal is to turn the entire opposing team into zombies. When you are hit or tagged by a zombie, you become one as well. So, what makes things elite? The quarantine zone now surrounds your entire side of the field—zombies can now tag you from the sides. Be wise with your choice of hiding places, you never know when a zombie will pop up looking for a treat.

Demolition is a new game mode in the DodgeBow Arena. There are two paths to victory; the first, you can eliminate all your opponents. The second, you detonate the bombs on the opposing side.

The animator starts the game by placing two bombs on each side of the field, and players can throw them across to the other side. Once the bombs are all on one side, the animator starts a 5-second countdown; if the countdown is over and all four bombs are on the same side, the team loses. These bombs can also eliminate players if they are directly hit by them. Be wise on when you decide to send bombs across—you never know what the other team is plotting.

This game mode is what is played in competitive combat archery tournaments. The goal is very simple: you must eliminate all players on the opposing team. The game play though, can get very fancy.

There is a set of targets for each team—when an opposing target falls out, one teammate is back in. The final target, like Elite Bullseye, brings back the whole team. If a player is standing in front the set of targets and gets hit, not only are they out, but they are considered a target—meaning one teammate comes back in! Another twist on the game is that if all arrows have been taken out of the safe zone and you need one, you can cross over to get one. Be warned, not only can you not shoot there, but your opponents can still eliminate you. If you are hit, you are very much out. Be wise with your choice of tactics, this game mode opens many doors.